Sea spray cooled Vanessa Paris's cheeks as she gazed from the ferry across the froth-tipped waves of Puget Sound.  Missing.  The words gouged deep into her mind. How could Dad have disappeared from his small fishing boat without leaving a clue?  The desperate call from Clinton Paris, her father's brother, had come only last night.
That morning she'd hastily arranged for a leave-of-absence at the university in Seattle where she taught as an assistant professor in the psychology department.  The afternoon drive up the Interstate to the ferry terminal had seemed to take forever.  At last she was almost home. 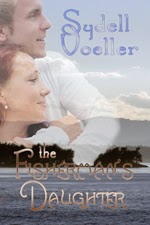 Raising a hand to shield her eyes from the sun, she watched the approaching craggy shore, edged with a saw tooth line of dark evergreens.  Tawanya Island.  The northern-most of the San Juan Islands.  Her childhood home.
Thoughts of her father resurfaced and a pang shot through her.  What if he was never found?  What if he'd fallen overboard, was knocked unconscious, and sank beneath the frigid waters?
Vanessa gave a quick shake of her head.  No--that just couldn't happen.  Dad was an expert fisherman.  He'd always believed in his abilities, just as he'd taught her to believe in hers.  Everyone on the entire island agreed that Eldon Paris was a master of the sea.  Nearly every day at the Kaloch Bay Lodge, owned and operated by her father and uncle, Dad would fire up the engine of the “Lady Luck” and welcome the hopeful tourists who'd signed on for his guided fishing expeditions.
Overhead, a seagull screeched, momentarily breaking into her anxious thoughts.  The last rays of an early summer sun were quickly fading beyond the horizon.  In the distance, white sails billowed against the sky.


Vanessa lifted her chin.  Yes, Dad would want her to be brave.  She was not only homeward bound, but bound in her love for him.  She had no choice but to unravel the mystery of his disappearance...

To read excerpts from other Freebits participants, follow this link:
http://mizging.blogspot.com

Posted by Sydell Voeller at 8:00 AM