My inspirational romance, A House Divided, is only 99 cents on Amazon for a few days.  Hurry while the promotion lasts!  http://www.amazon.com/A-House-Divided-Sydell-Voeller-ebook/dp/B008PN9ON 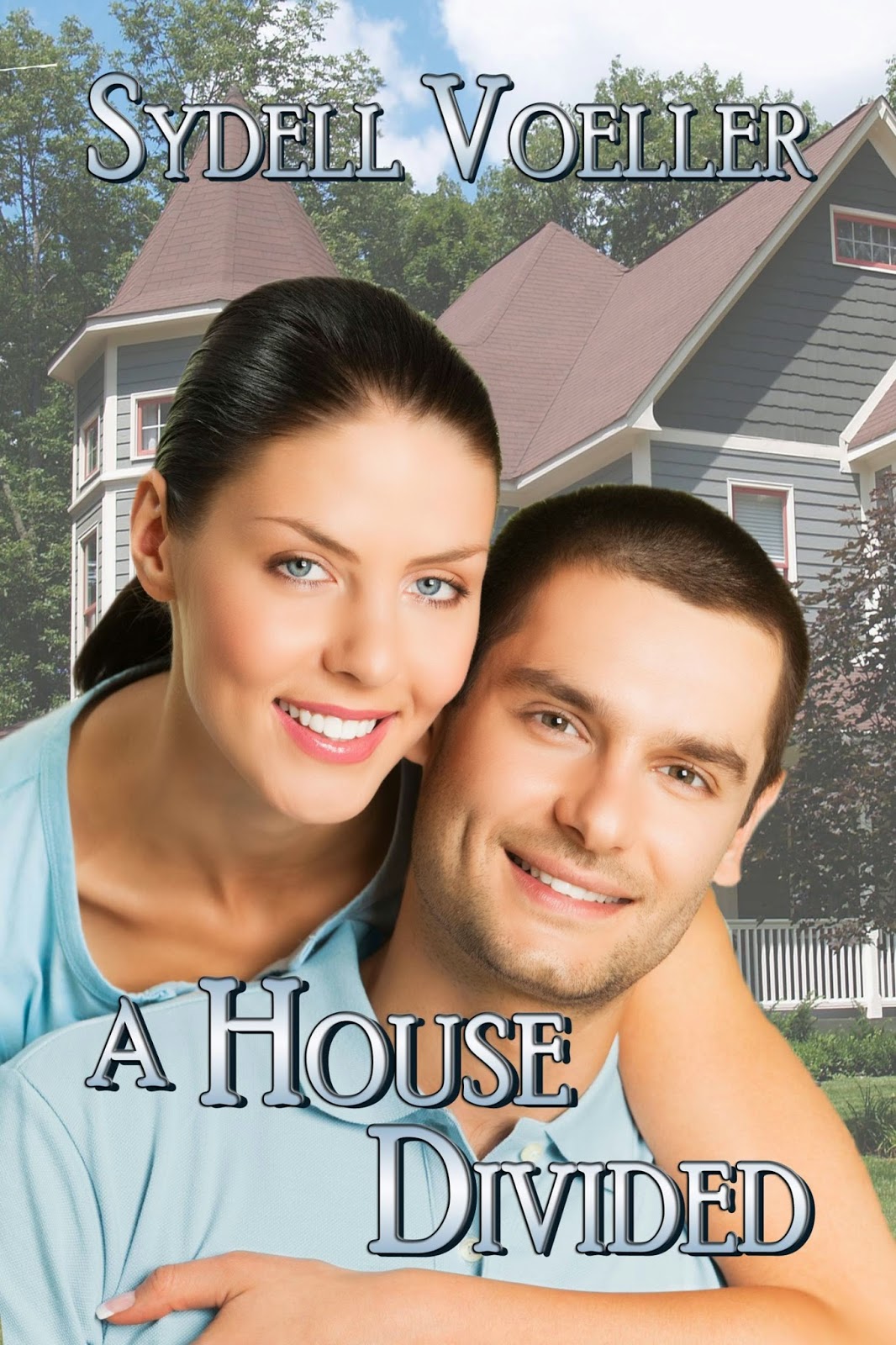 In Books We Love's A House Divided, Rebecca Lorenzo, the young widow of a Hollywood actor who was killed by a crazed fan, is struggling to raise their young daughter, Wendy. Rebecca is embittered that God allowed her precious husband to die. She has turned her back on Him. Rebecca and Wendy move from L.A. to Rebecca's hometown on the Oregon coast. Due to a miscommunication, Rebecca mistakenly believes she can buy a Victorian house there. She hopes to cocoon herself in the security of her "safe" hometown. Rebecca meets the handsome, enigmatic homeowner, Mark Simons, and learns of his plans to tear down the house. Mark, a psychiatrist, is attempting to raise money to build a halfway house on the property, and he is admittedly a workaholic. He believes this project is God's will for him. Mark refuses to budge when Rebecca approaches him about selling the house. As Rebecca and Mark struggle to battle their individual demons from the past, they also struggle to resist their growing love for each other.


"Though he is a decade older than her, August and Rebecca met when he was filming in Freemont, Oregon, Winter Rose. They marry, move to Los Angeles, and have a daughter Wendy. However, their Hollywood love story ends tragically when a crazed fan kills August.

Rebecca returns to her hometown where her sister still lives. She wants to move into the Winter Rose where her memories with August are perfect; besides she can make some money leasing the place to Galaxy Productions that want to do a sequel there. However, owner Dr. Mark Simons plans to tear down the place and replace it with a halfway house for his patients. The psychiatrist believes this is God's command as a penance for him not being there for his mom when she committed suicide. While he seeks God's approval, she rejects God for allowing a bad thing to happen to a good person. Though they argue over the house and differ over God, they fall in love, but that seems not strong enough to form a relationship when their individual pasts haunt them." ~ Harriet Klausner #1 HALL OF FAME AMAZON REVIEWER

Posted by Sydell Voeller at 5:20 PM